The Danish Himalayan Society arranged an expedition to the 8068 meter high Gasherbrum I – also known as G1 or Hidden Peak.

The expedition had a permit to climb both G1 and G6. The latter an unclimbed 7001 meter high mountain. The expedition had succes on G1 tree members; Jan Mathorne, Mads Granlien and Bo Belvedere Christensen reaching its summit. But the attempt on G6 was abandoned due to a French expeditions tragic outcome on the same mountain. The tree members of the French team attempted G6 in dubious weather and only one survived.

The succes meant that both Jan and Bo now had summited two 8000 meter peaks having four years earlier summited the nearby Broad Peak (8047 meter). 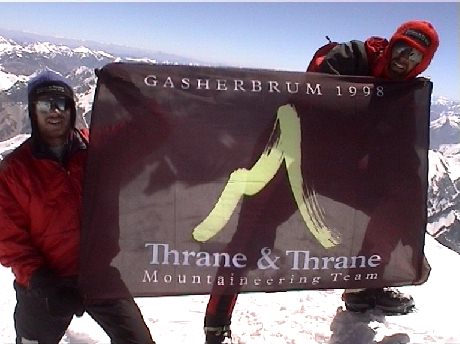