In the concentrated mountain area of Karakoram stands four 8000 meter peaks. Broad Peak situated on the border between Pakistan and the Chinese province Xinjiang is one of them.

Broad Peak is technically in the middle of the large 8000 meter mountains, not difficult but by no means easy. It requires a skilled mountaineer and is not an easy task for a commercial expedition involving inexperienced clients.

Even when we visited the mountain in 1994 there were several climbers claiming to have reached the summit but failed to make the uneasy and exposed descent from the fore summit and do the final easy summit ridge – in total about one hour from the fore summit. 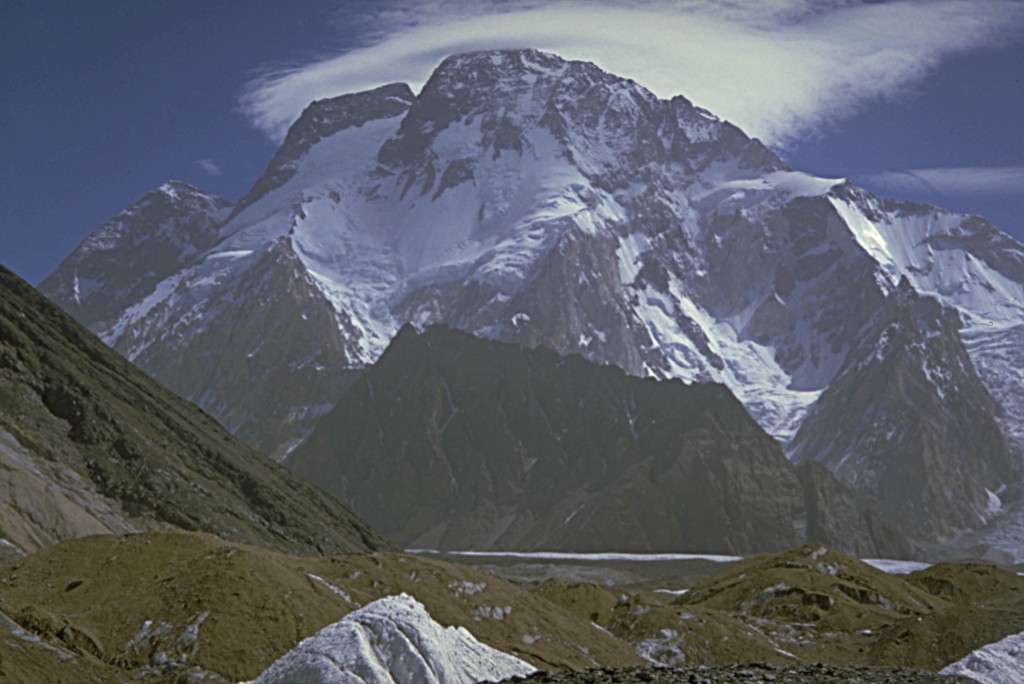 Broad Peak from the glaciers at Concordia