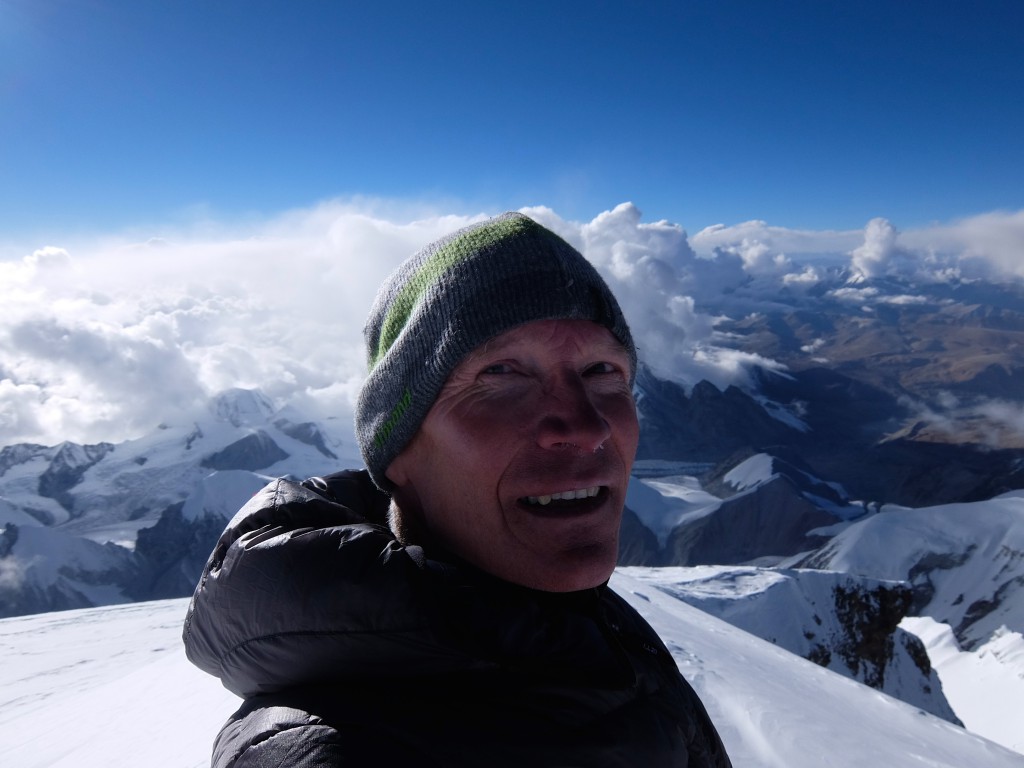 The goal of the expedition was attempt on two 8000+ peaks.

The plan was to acclimatise on and climb Cho Oyu and then continue to Shishapangma, which by its ordinary route is supposed to be the easiest 8-thousand meter peak. But after an avalanche accident on Shishapangma the mountain was left by all the expeditions leaving Bo all on his own. He didn’t wish to run the risc of a solo ascent allthough the weather and snow conditions changed to the better. Thus, he cancelled his attempt and returned to Kathmandu.

All climbing was done without oxygen bottles and without the help of sherpas. Bo is always carrying his own stuff, putting up his own camps, cooking for himself and often climbing alone.

Actually, Bo was the first climber to reach the summit of Cho Oyu this season and succeeded before the sherpas of other expeditions had fixed ropes for the summit attempt. Therefore, Bo used another and longer route more suited to his solo ascent. Normally expeditions climb to camp 3 at approximately 7500 meter and make the summit attempt from this camp. Bo climbed the mountain in only two days, going from Base Camp at 5700 meter to Camp 2 at 7100 meter in one day, summiting the following day directly from Camp 2 in just 8 hours, and returning to camp in 2, making it a very fast ascent.

You can also follow Bo Belvederes attempt to climb all the 14 peaks above 8000 meter on COT14.dk (Challenge of the Fourteen).