April 25th 2015 an earthquake of 7.8 magnitude on the Richter scale shook Eastern and Central Nepal including bordering areas of Tibet. I was climbing on the North Side of Mount Everest during the earthquake where the damages were not so severe.

On the South Side of the mountain the earthquake started a major avalanche from the slopes of Pumori. The avalanche killed 19 people in Everest Basecamp and injured around 40 some of which severely. But the earthquake was a sheer disaster for Nepal in general killing more then 5000 and making several hundred thousand people homeless.

Climbing on Everest was stopped on both the North and South Side and surviving climbers returned home, as did I. I was back in Denmark on May the 5th. Disappointed not to succeed yet another time. This was my fourth attempt to summit Everest without oxygen bottles and so far I haven’t really had a true attempt, every time some incident has prevented me getting a real go for the summit. 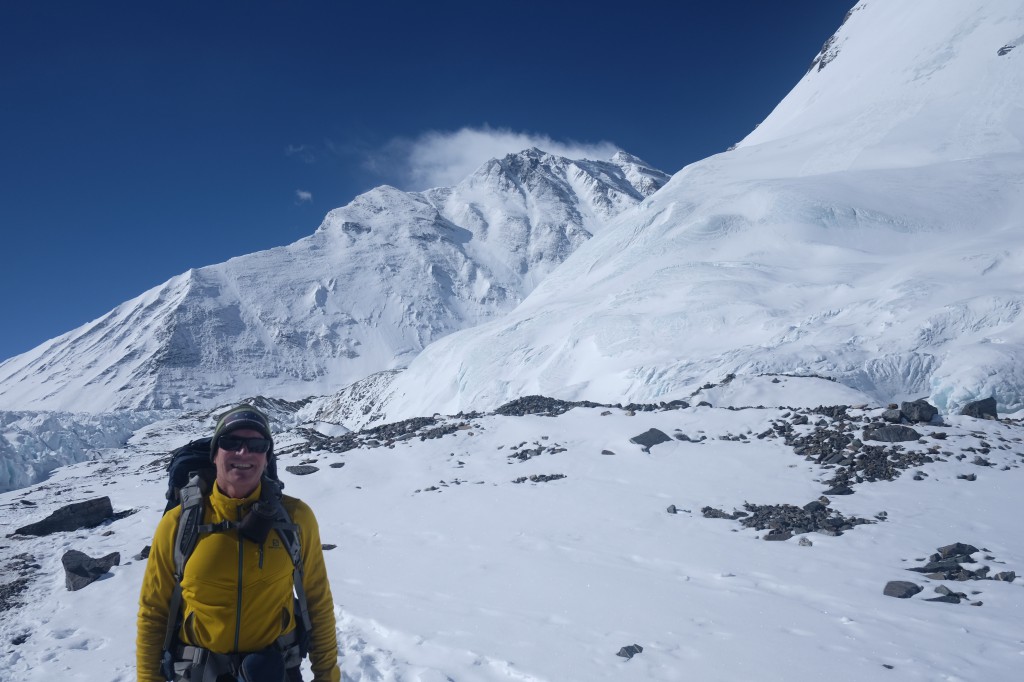 Bo in front of Mount Everest on The North Side 2015