The climbers use the following camps:

Jan Mathorne and Bo Belvedere Christensen of the Danish Karakoram Expedition reached the summit on July 23rd 1994 climbing the mountain in alpine style.

Next day the two descended to Basecamp in a snowstorm taking more than 12 hours to reach safety. 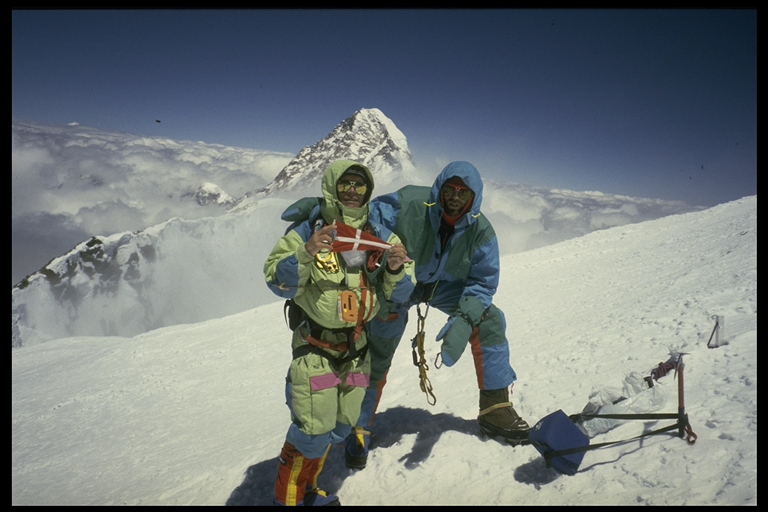